It was a windy, cold and little bit rainy night on my clifftop position, and although I woke a couple of times I had a surprisingly marvelous sleep! I woke at 5.30am and got up as quickly as I could to get the tent packed down while it was dry. 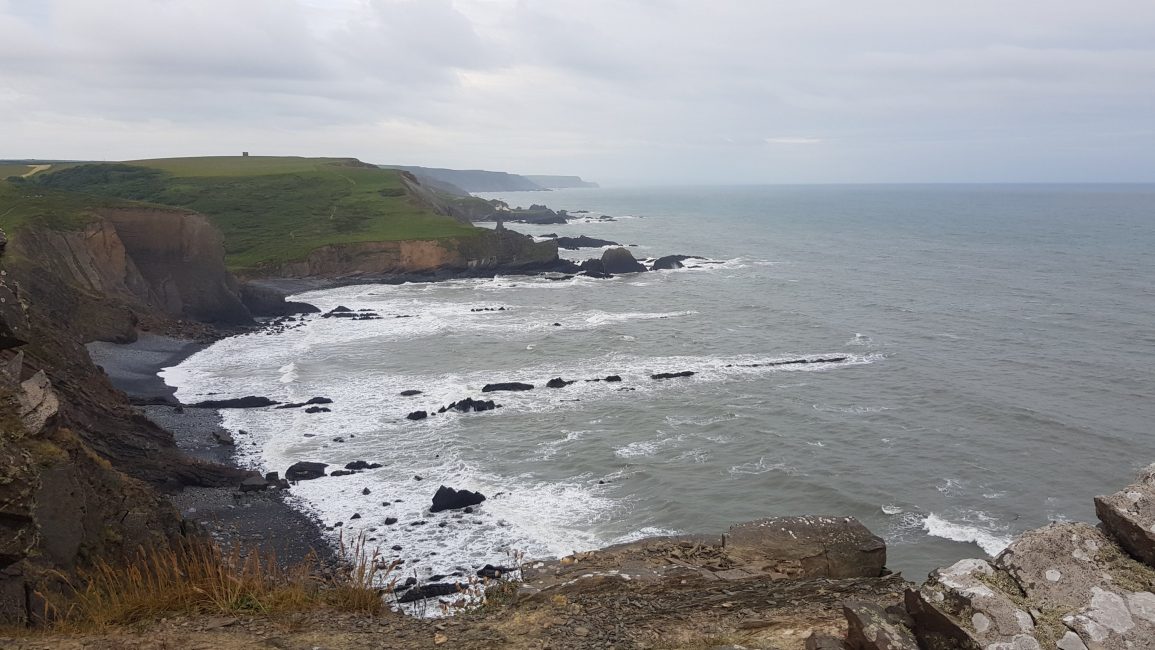 Between Hartland Point and Hartland Quay

I left at 6am without having breakfast or a hot drink. It was pretty cold so I wanted to get to Hartland Quay and out of the wind to enjoy my coffee and cake (yes! I saved the cake!!). I reached Hartland Quay at around 7.30. Thankfully the bathroom was open, with a lovely toilet (which had a seat – plenty don’t) and even hand soap available. 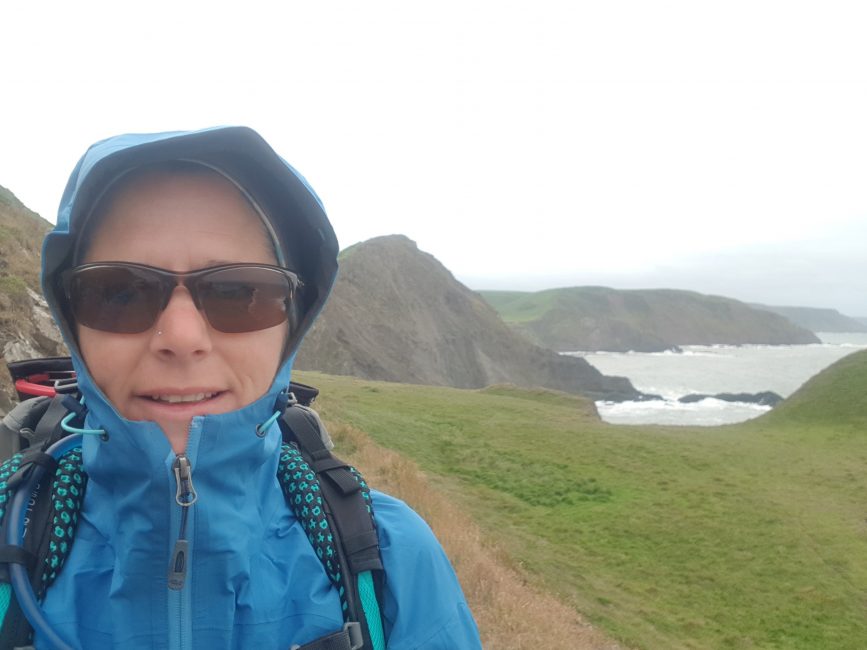 Wrapped up for the rain!

It was quite exposed at Hartland Quay, so I made my coffee and ate my cake in a valley a little further on.
Initially the clifftops were pretty overgrown, but today it wasn’t too bad as I was wearing rain pants and my waterproof jacket as it was very windy and pretty cold. It rained pretty early on too, and I got wet feet from the long grass. Thinking about it, I would have been better off in gore-tex shoes for this trip. I’m wearing the same (non goretex) trail runners as I did for Te Araroa, but I have no rivers to ford 30x a day, so the worst I’ll have to deal with is a bit of mud, if it gets really rainy. Oh well.. wet feet it’ll have to be. 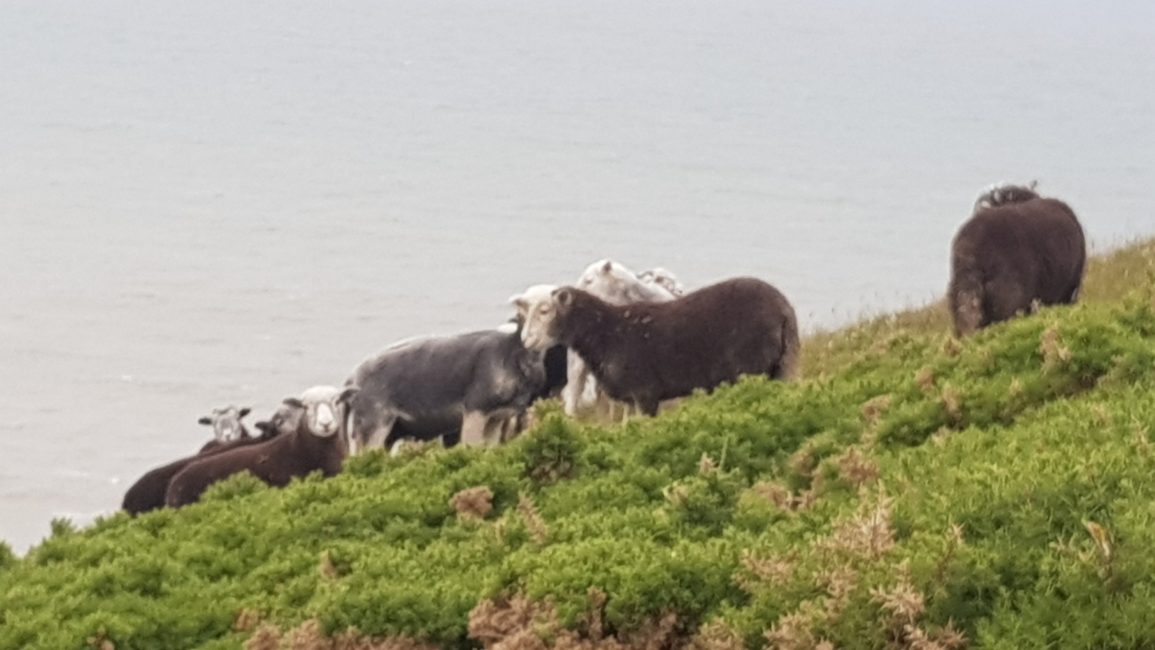 There was a short road section, before I got back on to the clifftops. There were lots of sheep today, in a wide variety of colours! White, black, brown, grey and combos of all those.
At 10am I got to Welcombe Mouth waterfall, where there was a great wild camping opportunity. Shortly afterwards I came upon Ronald Duncan hut. He was a poet and playwright, who built the hut on the site of an old coastguard lookout. 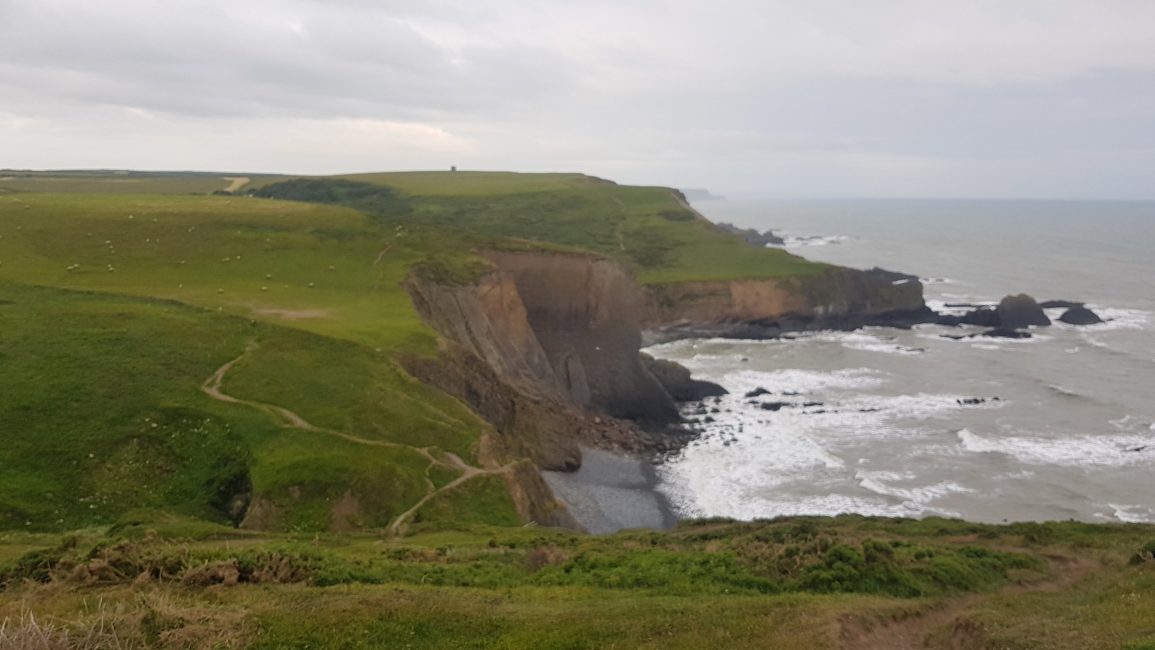 I haven’t mentioned the hills!! Suffice to say that I spent almost all day climbing up or down one – no joke. There was a massive headwind all day, and it was cold. Even with the amazing clifftop views, it made the day rather painful. To add to it, there was a 2km diversion near Morwenstow (around a collapsed length of path). During the diversion I popped around some bushes for a nature pee, and just as I finished I noticed 4 people in the field opposite, so I gave them a smile and a wave :-). 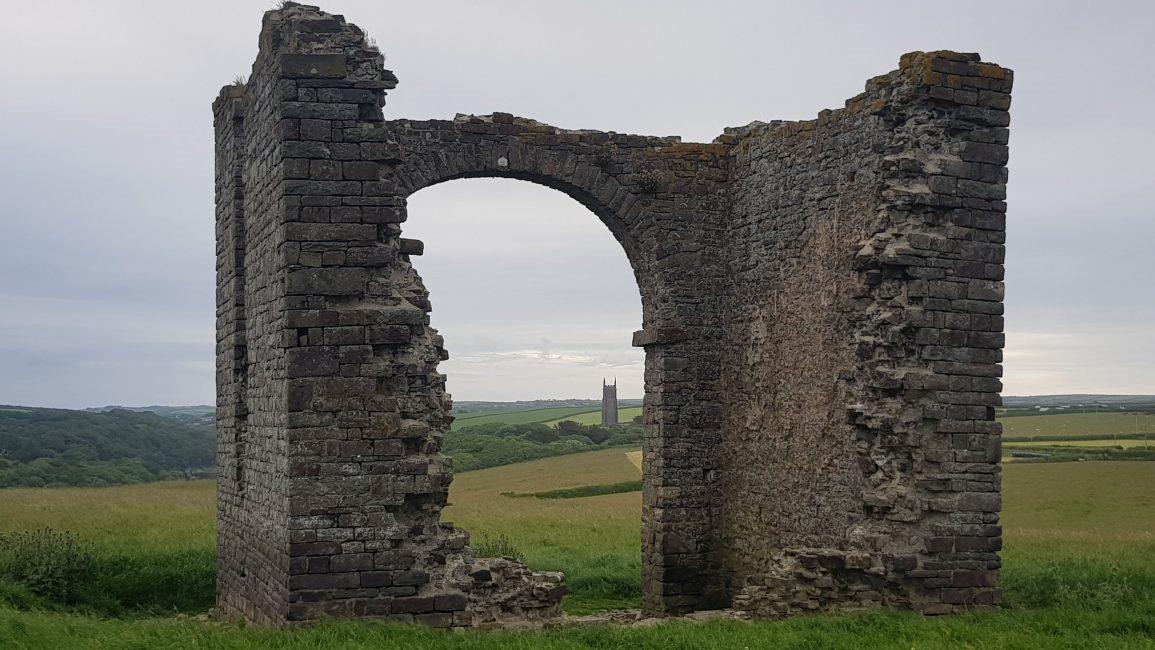 Church through a derelict folly

I rejoined the clifftops, and at the top of Vicarage Cliff. It was so windy it reminded me of the day I walked into Wellington on Te Araroa. I could hardly stand the wind was so strong! 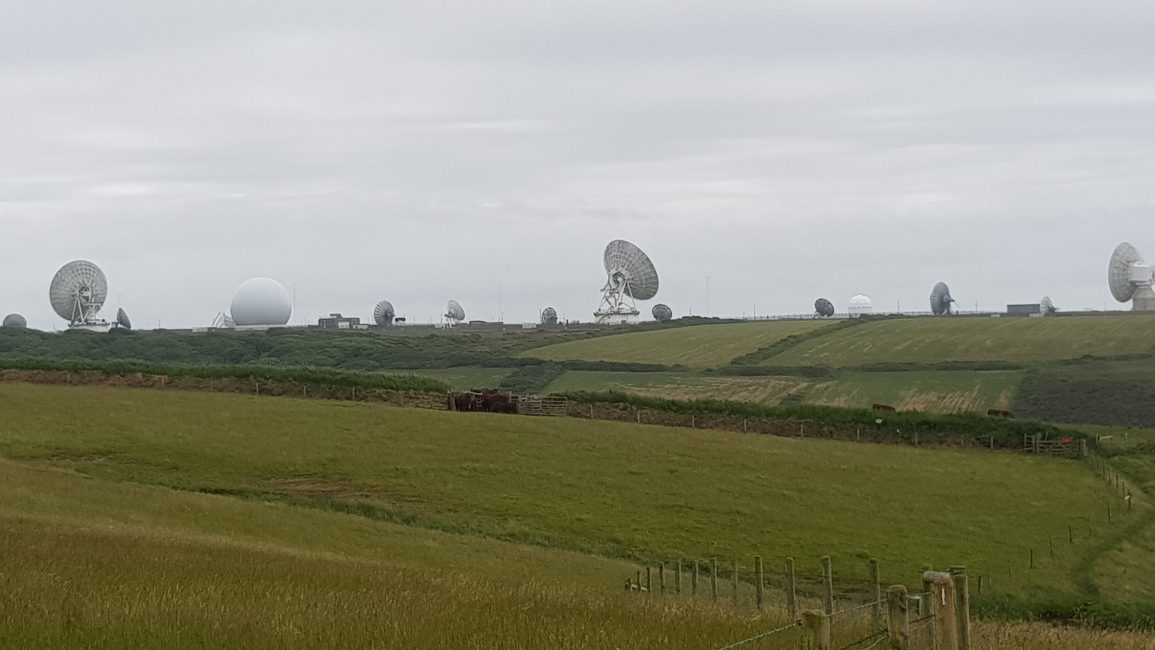 As I got closer to Bude I saw a huge satellite/radio station – a local landmark. I headed a sigh of relief that I was nearly there. At Duckpool (another great place name) I dried out my feet, changed my socks and taped my feet. The socks were still wet from this morning, and the skin was wrinkly, soft, and starting to blister with the same itchiness I had on Te Araroa when my feet were wet. 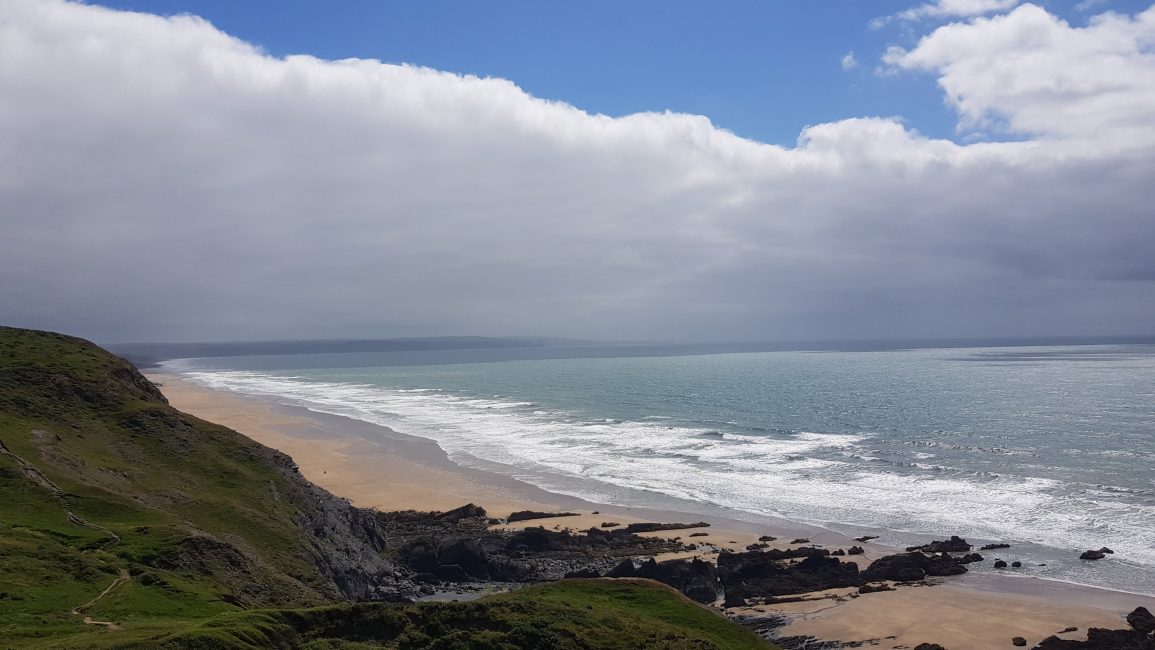 The sun comes out for a moment at Bude

At 3pm the sun came out for first time just as I was nearing the beautiful sandy beaches of Bude. At Sandymouth I took off my waterproofs. To my slight disgust I had 2 ticks actually attached to me. One on the back of my thigh, and another behind my knee. I dabbed them with a drop of hand sanitizer, found my tiny tweezers in my penknife and they came out really easily. In the short time I had my legs out today, I also got myself two fly bites which are itchy as anything 🙁

I finally reached Bude and went straight to Sainsbury’s to get some fruit and veggies. I’m definitely creeping up on the pack weight with the healthy treats! I found my campsite, did some washing and had a shower.
I walked out of Devon and into Cornwall today! That’s 3 counties in a week! I’m currently faster than planned, and I have 2 days in lieu. I checked the weather forecast and it’s not looking good for tomorrow. I think I’m going to make it a short day.